Whether you’re a developer or a writer, a good text editor is a must-have on any computer, in any operating system. The humble text editor is great for managing code, writing down quick notes, or just as a distraction-free writing tool. This week, we’re looking at five of the best, based on your nominations.

Earlier this week we asked you for your favorite text editors, and while you suggested far more than we can highlight here, there were a few that earned more nominations than the others. Here are the tools you liked the best: 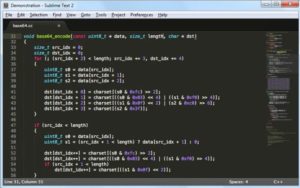 Cross-platform and feature packed, Sublime Text was a crowd favorite in the call for contenders thread, partially because of its amazing feature-set. Plug-ins and add-ons are available for specific programming languages and uses in Sublime Text, the app features extremely powerful search and go-to features, tons of keyboard commands to help you never have to take your hands off the keyboard while you use it, a distraction-free mode that lets you focus right on your work—whatever that work may happen to be, and much much more. Sublime Text has a tabbed interface so you can have multiple documents open at the same time, and a 10,000ft view on the right so you can see where in your document you are at any time. You can select multiple rows to make simultaneous changes, customize shortcuts to suit your own needs, and even chain shortcuts together to perform complex—but fast—operations. It’s remarkably powerful.

Sublime Text is available for Windows, OS X, and Linux. It’s distributed as evaluation software (meaning it’s free to try, but there’s no time limit on how long you can use it for free) and a full license will cost you $70. A full license is per user, so you can use it on as many computers as you like once you have one. In the call for contenders thread, those of you who nominated Sublime praised its impressive feature-set, developer-friendly plug-ins and API, side-by-side file comparisons, and much more. 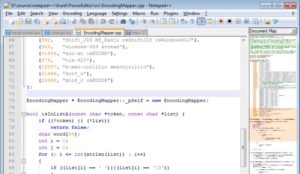 Notepad++ has been around for a long time, and many users have only ever used Notepad++ when they’re ready to upgrade from Notepad or Wordpad. It’s stil under development though, and combines the simple interface of Notepad or Wordpad with advanced features that will make writers and developers happy. Some of them include a customizable interface that you can make as minimal or toolbar-rich as you choose, a document map so you can see where you are in your work at any time, a tabbed interface so you can work in multiple documents, auto-completion and text shortening, macro recording so you can customize shortcuts, and more. You also get customizable syntax highlighting, text folding and collapsable parts of the document (to make things easier to read,) and options you can use to launch the app under certain parameters, just to make your work easier.

Notepad++ is free (free as in free speech and free beer) and available for Windows only. You can grab it as an installable app, or a portable app to run from a flash drive or cloud storage service like Dropbox. If you’re not sure exactly what you’re looking for in a text editor, it’s a good place to start, especially because it’s free. You can donate to the project though, and if you enjoy it, you should. The code is available too, so if you’d rather contribute, you can do that as well. Those of you who nominated it praised its simplicity, wealth of plug-ins for just about every type of user, and of course, its price tag.

Vim (and Its Iterations) 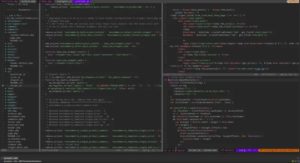 Oh boy, Vim. Designed to bring the simplicity of Vi to every platform and person who needed a configurable but not-too-heavy text editor, Vim is one banner of the Holy Text Editor Grail Wars to march under. It’s not without good reason—Vim is cross-platform, free, and while it’s aimed squarely at programmers who want an interface they can tweak to their liking and really get some work done in, you don’t have to be a programmer to get the most use out of it. Instead, you just have to take the time to configure it so it works the way you prefer. It won’t hold your hand (although its extensive help is useful for beginners), but once you remember its keyboard shortcuts and commands, download tons of user scripts to apply to it to streamline your work, and learn your way around, it quickly becomes an essential tool. It supports dozens of languages, keeps a history of your actions so you can easily repeat or undo them, supports macro recording, automatically recognizes file types, and lives—once installed—at your command line.

Vim—and most of its iterations, which include editors that add a GUI to the app so you can launch it without resorting to the command line—are free (GPL licensed). It’s available for any operating system with a command line of just about any type, and it’s charityware, meaning instead of paying for the app, the team behind it suggests you donate to children in Uganda who could use the support via the ICCF. Those of you who praised Vim noted that it takes some commitment to learn, but once you’re familiar with it, the sky’s the limit. 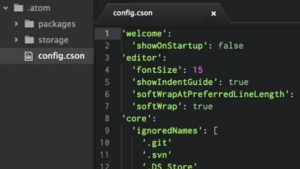 Calling itself a text editor “for the 21st century,” Atom earned a lot of praise in the nominations round for being a text editor designed for the needs of today’s developers. It’s built by the team at GitHub, and incorporates some of the lessons the team there learned by managing so much code on a regular basis. It’s flexible, customizable, themeable, and even though it’s relatively new, it already has a large following and tons of plugins, thanks to its open API. It operates like a native application, and even the application package is customizable so you only get the modules you need. It packs a tabbed interface, multi-paned layout, easy file browser, and easy learning curve so you can get up and running with it quickly. There’s also solid documentation to help you get started if you need it. Only downside though: Atom is currently in private beta, and you’ll have to sign up for an invite and cross your fingers if you want to give it a try.

Atom is currently OS X only (10.8+), although Windows and Linux versions are on the roadmap. It’s also free to use while it’s in beta, but when it’s finished and released, the team behind it says it’ll be “competitively priced.” Those of you who nominated it praised its customizability and available plugins, and pointed to the tool’s potential to become one of the best and most powerful text editors we’ve seen in many many years

Emacs (and Its Iterations) 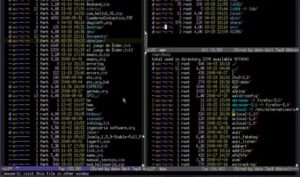 If you’ve used an operating system with a command line interface, you’ve had Emacs available to you. It’s been around for decades (since Richard Stallman and Guy Steele wrote it in 1976), and its the other major text editor to stand behind in the Holy Text Editor Grail Wars. It’s not the easiest tool, but it’s definitely one of the most powerful. It has a steep learning curve, but it’s always there, ready for use. It’s had a long and storied history, but the version that most people wind up using is GNU Emacs, linked above. It’s richly featured, too—Emacs can handle almost any type of text that you throw at it, handle simple documents or complex code, or be customized with startup scripts that add features or tweak the interface and shortcuts to match your project or preference. Similarly, Emacs supports macro recording, tons of shortcuts (that you’ll have to learn to get really familiar with it), and has a ton of modules created by third parties to leverage the app for completely non-programming purposes, like project planning, calendaring, news reading, and word processing. When we say it’s powerful, we’re not kidding. In large part, its power comes from the fact that anyone can play with it and mold it into something new and useful for everyone.

Emacs is completely cross platform, with versions and derivatives available for Windows, OS X, Linux, and just about every other operating system on the planet. It’s free, as in both free speech and free beer, and comes with detailed help, tutorials, and guides to help you get started using it if you’re new to using Emacs. Those of you who praised it in the call for contenders thread highlighted its flexibility and power, complete customizability, and the fact that you can play Tetris in it, which is admittedly a nice bonus.