With so many countries with different time zone in the World, have you as a Digital Marketer ever wondered when is the right time to post your content online??

What’s the best time to post on social media?

Sprout Social’s report uses data from over 20,000 customer interactions in its social media software and compiles the findings into generic breakdowns by platform.

Additionally, the report also considers how different industries will perform on each platform. As such, each platform’s data offers a more detailed analysis by vertical. The verticals covered in this report include consumer goods, media, education, nonprofit, tech, and healthcare.

You can read the full report from Sprout Social here. Below is an overview of the most interesting findings by platform. 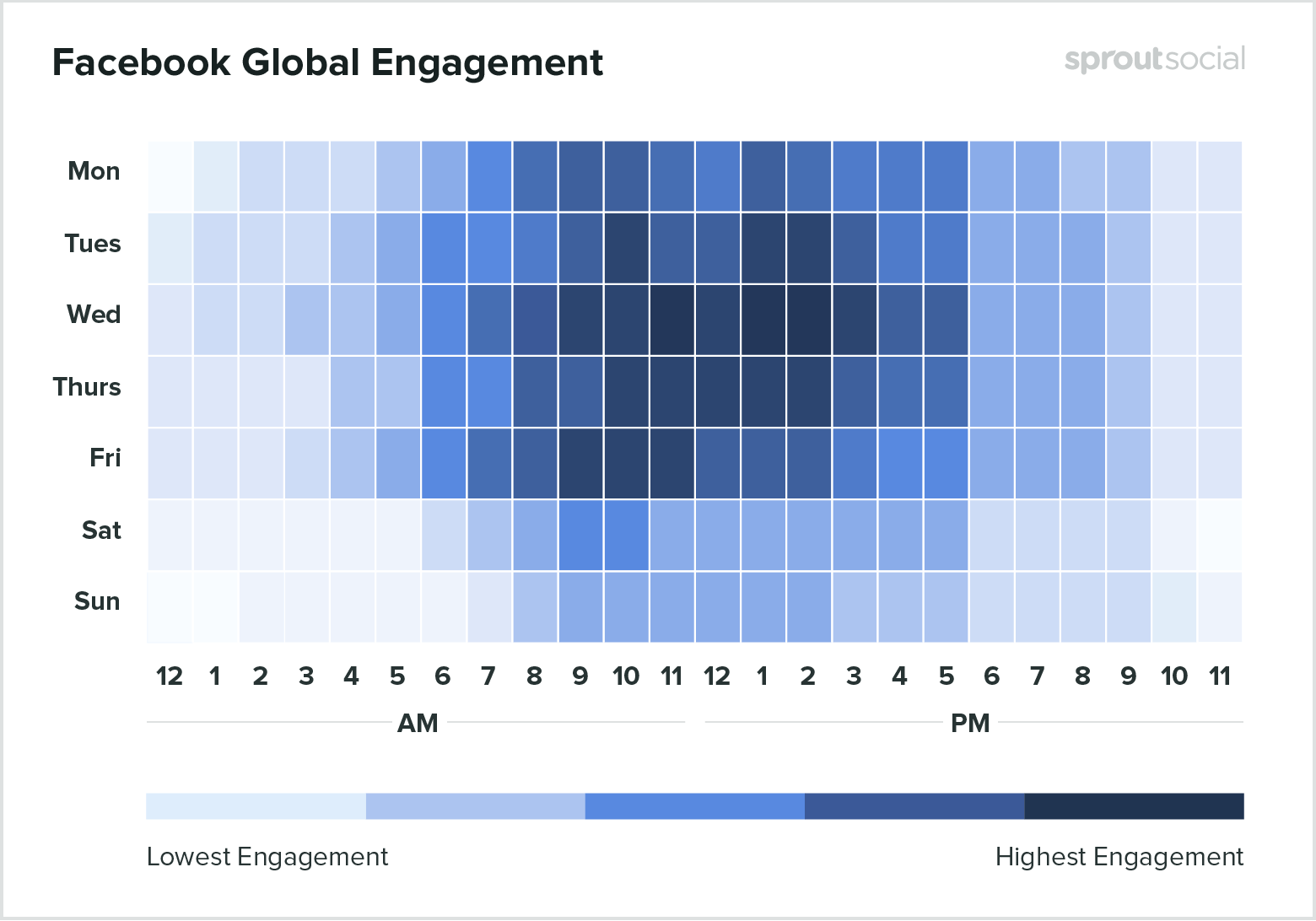 Facebook’s large user base of over 2 billion active users puts the platform in a great spot for brands. With such a wide variety of users, you have a great chance of reaching your audience with your organic posts.

However, Sprout notes that Facebook’s algorithm can make it difficult for brands to reach audiences in the newsfeed — difficult, but not impossible.

Facebook’s recent algorithm update puts emphasis on posts from friends and family. So, you have a better chance of reaching more people if your post drives genuine engagement.

Algorithms aside, there are time slots where Sprout’s team found users were most active on the platform:

Essentially, brands have the best opportunity to reach active users mid-week, specifically in the morning and mid-afternoon.

Interestingly, weekends had lower engagement times — suggesting that users tend to check Facebook periodically during the workday or during their lunch break, but don’t spend as much time on weekends or during leisure time. 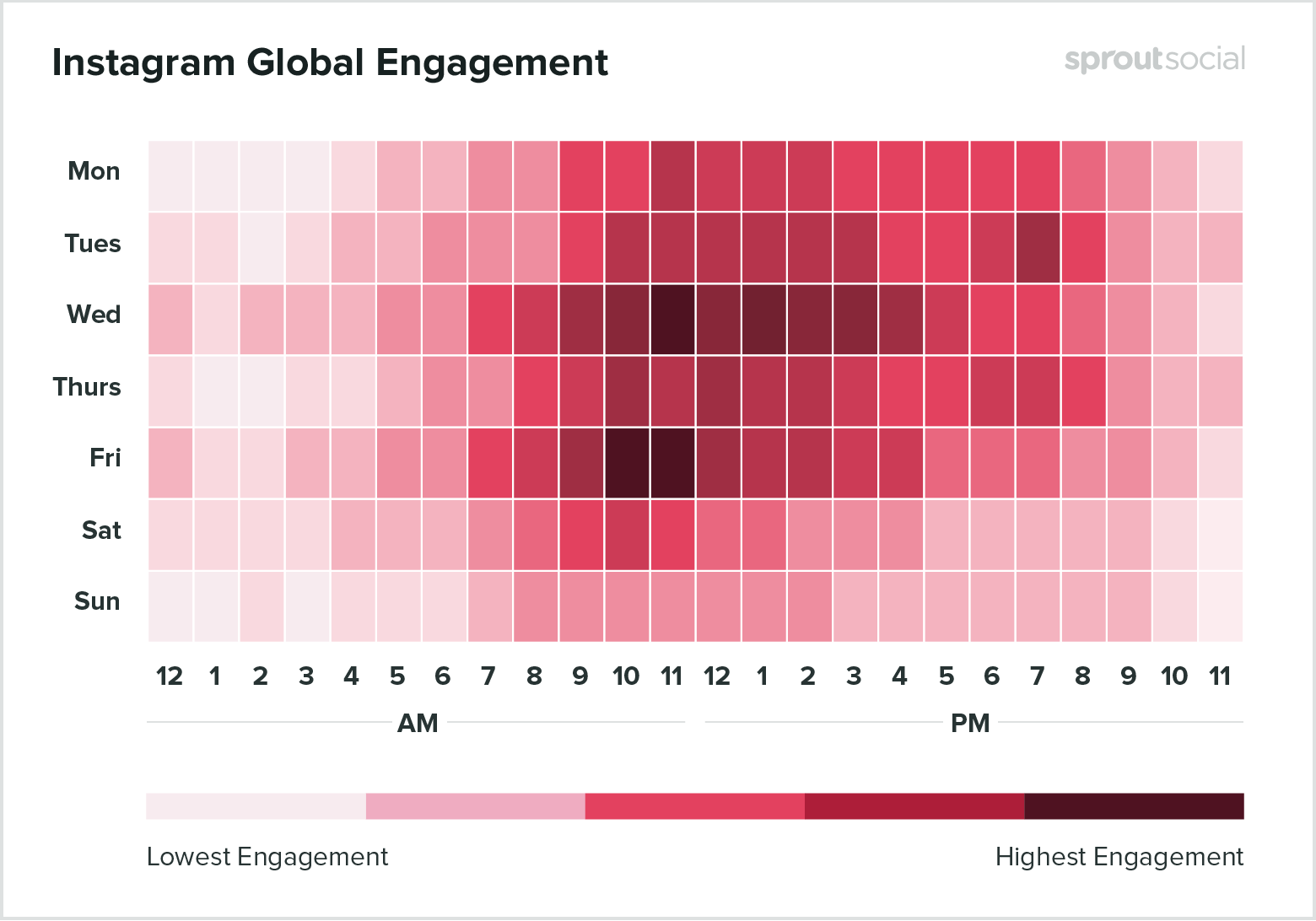 While many brands still neglect posting to Instagram, the photo platform’s rapid growth is something that shouldn’t be ignored.

Sprout’s report noted that Instagram’s recent milestone of 1 billion active monthly users (and its average engagement rate of 1.6% per post) puts the platform on the fast track to becoming a big leader in the social space.

However, its algorithm can be tricky.

Instagram infamously got rid of its reverse chronological newsfeed in favor of a more complex algorithm that determines when posts are shown.

So, when’s the best time to post? Sprout found Instagram’s peak engagement times are as follows:

These trends follow a pattern similar to Facebook, Instagram’s parent company, suggesting that users check the two platforms in a similar manner.

So, brands may have a window to capture people heading into the weekend.

Like Facebook, the lowest engagement times were on Sundays —and during the late night and early morning. 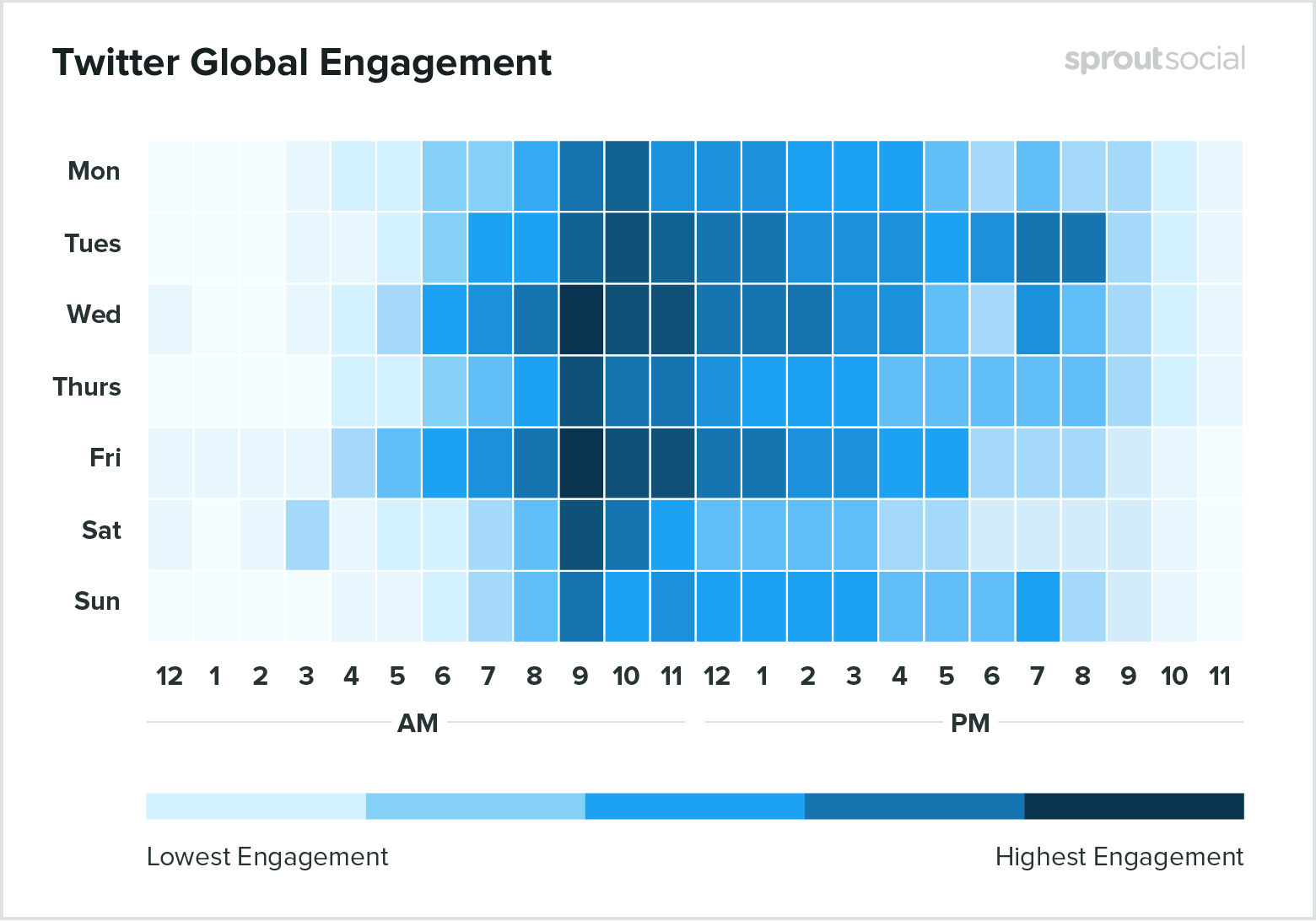 Twitter is unique in the sense that it’s one of the few platforms that has kept a chronological timeline.

With the exception of select posts Twitter decides to highlight out of chronological order (based on user interests), timeliness is vital to not having your posts get lost in the mix.

Posting at peak times not only increases the chance of your followers seeing your posts, but also other people in your target audience (even if they don’t follow your brand) if someone they follow likes, comments, or retweets the post.

For example, I don’t follow Wendy’s on Twitter, but I definitely saw that breakfast is a big thing right now — due to the large amount of engagement it received from people I follow.

So, with context in mind, posting at the right time can not only boost your social media metrics, but can also help expand your reach with others who may be interested in your brand.

According to Sprout, here are the timeframes you’d want to target.

Mid-week is still the leading time for engagement, but Twitter does have some notable differences.

For one, it heats up earlier in the day compared to Facebook or Instagram. As someone who checks Twitter like it’s the morning paper, I can confirm that its easily-digestible format makes it more ideal for early-morning engagement compared to other platforms.

Additionally, you see more opportunities for peak engagement times. Both Tuesday and Wednesday are seen as the best days to post on the platform, and it offers a bigger window of ideal posting times.

However, as the week goes on, you see a drop-off in general engagement. As such, it may be better to keep posts in the earlier part of the week to capture the most attention from your audience.